Advent is one of my favourite times of year! We celebrated the beginning of advent with some of our quality young adult leaders and friends last night. The smell of Christmas filled the house as we enjoyed our first glass of mulled wine and a mince pie or two!

This time last year I was 11 weeks pregnant. I remember someone saying to me, ‘Isn’t it lovely that you’re pregnant during the advent season, just like Mary.’ In all honesty my answer was ‘no, not really!’ – at that moment in time all I could think about was trying to get through the day without being sick! Whilst being overjoyed that I was pregnant, I was feeling rather miserable.

This year however, I am able to enjoy a sickness free advent period and can begin to reflect upon the woman of Mary – heroine in my eyes, strong, faithful and very brave!

Two things have struck me about Mary.

Firstly, her response to God when he called upon her was ‘Yes!’ Mary was a young teenage girl. She was vulnerable and probably felt rather insignificant. At first she was ‘greatly troubled’ by the angel’s greeting – I think if it had been me that would have been an understatement! Yet, as the angel told her of what would be, her response was this:

‘I am the Lord’s servant, may your word to me be fulfilled’.

What faith and obedience.

Mary was also willing to put her reputation on the line and risk her life to fulfil God’s call and to bring Jesus into the world. Being pregnant and unmarried wouldn’t have just been frowned upon, it would have resulted in divorce and I imagine may have been punishable by death. So she really did risk her life to bring Jesus into the world. How amazing that in doing so she in fact gained life in Him, as he laid his life down for her 33 years later.

Mary was a strong and courageous woman. I feel a great sense of responsibility that God has entrusted our daughter, Beatrice, to Rich and I. To look after her, to love her and care for her as best we can whilst she’s on this earth. I can’t even imagine having the responsibility of nurturing and bringing up the Son of God!! Such responsibility, yet she didn’t shy away from the call God gave her.

About 6 months ago I went through labour and gave birth to my baby. I did this in the comfort of my own home. I had four lovely midwives over the course of several hours in labour, I was looked after wonderfully and my baby arrived safely. Mary did not have any of these luxuries. I can’t even begin to imagine riding on a donkey whilst pregnant or in labour! And I can’t imagine giving birth in the conditions she did.

We had the luxury of preparing for our baby – we bought all the clothes, equipment and extras we needed. Our friends and family generously gave us gifts. We prepared by going to ante-natal classes and reading up about labour and how to look after a small baby! I wonder how Mary prepared to give birth to Jesus. Again, I can’t begin to imagine how she would have prepared for such an event, both physically, mentally and spiritually. However, it’s clear that part of her preparation was to praise and worship God. She wrote a song which you can read in Luke 1:46-55. Here’s an extract…

‘My soul glorifies The Lord and my spirit rejoices in God my Saviour….for the Mighty One has done great things for me – holy is his name.’

I pray that when God calls me I would be able to respond as Mary did…saying yes, faithfully, even when there’s risk and the unknown. I pray I’d be a woman who has praise on her lips and who rejoices in God even when I feel unprepared and out of my depth. I pray I’d be a woman as brave and courageous as Mary, willing to take on the responsibilities set before me with God’s help, for as Mary sang, he is the Mighty One. 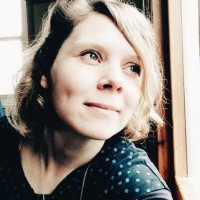 a few of mine